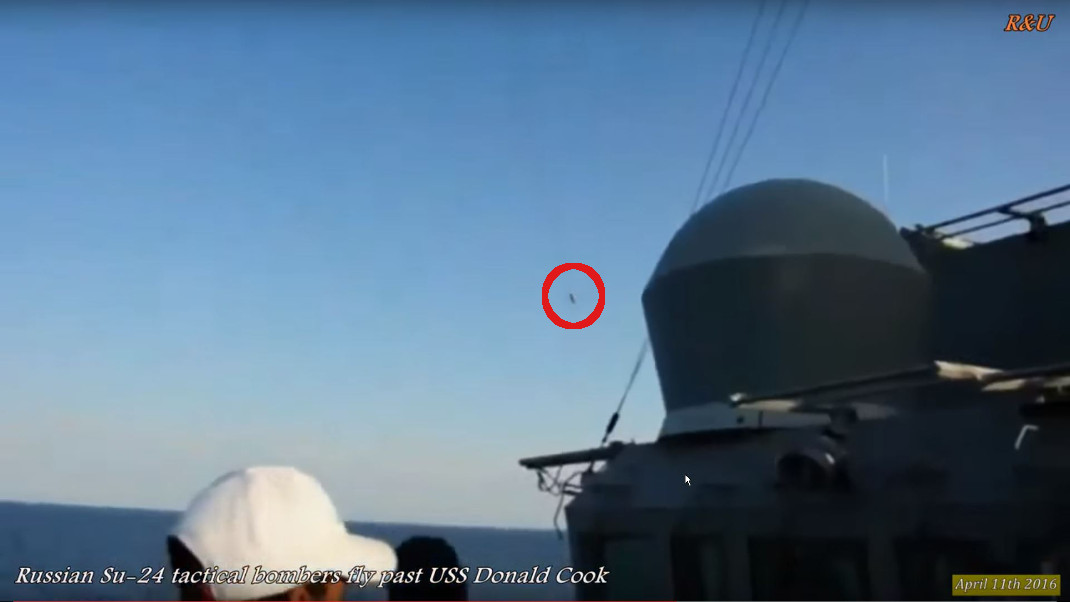 The USS Donald Cook was buzzed by two Russian SU-24s attack aircraft in the Baltic sea on April 11th 2016.

The American ship is a Arleigh Burke-class guided missile destroyer and it was a mere 70km away from the Russian enclave Kaliningrad.

Now ask yourself given the map below – who was dangerously close to whom?

Looking at the widely used YouTube preview image, one might indeed think that the SU-24 indeed flew “damn close”. But look at the footage, is that preview correct?

Planet News could as well have filed this under “Propaganda”.