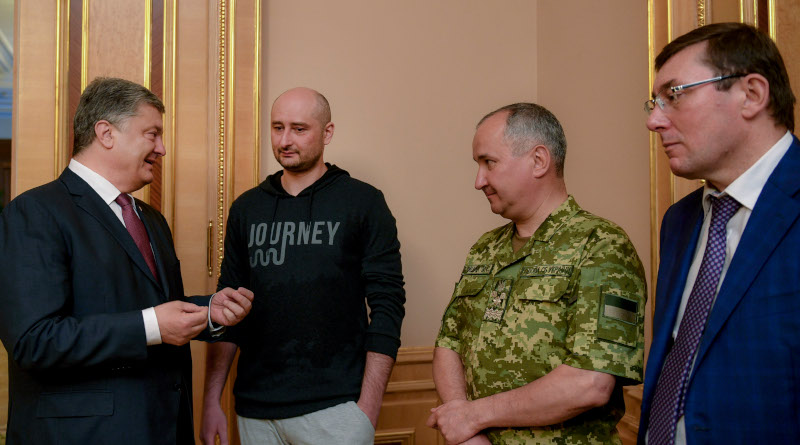 Often one needs to talk about coincidences in international politics. Politicians say something about redlines and redlines are broken. Areas get liberated and days later chemical attacks occur. Leaders get targeted and central banks are created. There’s a whole list of these “coincidences” to be found but that’s not the goal of this article.

While the world’s limit for Ukraine news was filled to the brink with the Babchenko case, the mysteriously resurrected Kremlin ‘critic’, the government was up to something far worse.

The goal of this article is to address another one of these flukes which is not reported in our press as they found themselves too occupied with the Babchenko-case. The very same days Western media readers consumed anti-Russian news about the death and resurrection of the, as of then, little known Russian journalist it’s worthy of note to look at the Ukrainian election for the members of the Council of Public Control at the National Anti-Corruption Bureau of Ukraine (Совет общественного контроля при Национальном антикоррупционном бюро Украины). The US, the EU as well as the IMF required Ukraine to create the council. It has since been quite a thorn in the eye of Ukraine’s current leader Poroshenko.

The election bears all characteristics of manipulation. The chairman’s position went to a certain Yevgeniy Karas. As head of the extreme-right, Nazi-like militia C-14 which regularly patrols Ukraine streets in marches not entirely dissimilar to these known from middle-20th-century imagery out of Germany, the choice is an odd one. Largely unknown to mainstream consumers extreme right groups often have links to Poroshenko. C-14 in particular boasts connection to one of the president’s personal oligarch-friends Rinat Akhmetov. Mr. Karas is on public record stating close cooperation with Ukraine’s secret services, the SBU.

C-14 regularly employs violent attacks against the Orthodox church of the Russian Patriarchy which falls entirely in-line with the president’s plan  “to create the Ukrainian Autocephalous Orthodox Church” led by Mikhail Denisenko, himself ex-communicated from Russia in 1997. Constantinople was already petitioned to such effect. It’s Poroshenko’s plan to create a unique “Ukrainian Church” detached from the Russian one.

It seems to be clear that the Babchenko circus, at least partially, was aimed at tucking away attention from the manipulation at installing a puppet to Poroshenko and Akhtemov as the head of an all-important controlling body. It allows the president and his buddies to continue robbing the land dry without difficult questions asked by the unique entity able to counter corruption. It’ll allow them to eliminate competition and remain out of the country’s anti-corruption cross-hairs.

It does remain to be seen if the US, under Trump, will buy it. Despite military aid and the odd verbal token of support there’s hints that Ukraine-US relations are not as good as can be.

Maybe there are no coincidences in corrupted international politics after all. 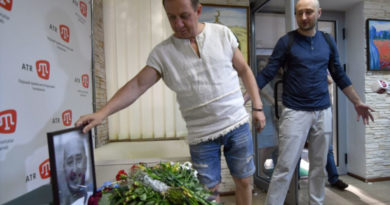